"[Gaga Stigmata has] very modern, edgy photography to free flowing, urban narratives without censure to analytical essays, et cetera—like Gaga, imagination without ... limits. And the beauty is that anyone can submit work to the site, so artists and writers from all over the [world] have joined this experiment." -The Declaration.org
"Since March 2010, [Gaga Stigmata] has churned out the most intense ongoing critical conversation on [Lady Gaga]."
-Yale's The American Scholar 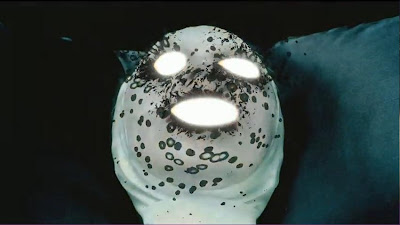 
Author Bio: Joyelle McSweeney is the author of two intergenre novels-- _Flet_, a science fiction in prose poems from Fence, and _Nylund, the Sarcographer_ , a baroque noir from Tarpaulin Sky, as well as two books of poetry from Fence and another forthcoming in 2012. She is working on a book about genre, media, and bodies entitled "The Body Possessed by Media" and blogs on this topic for Montevidayo.com. She is co-editor of Action Books and teaches poetry, prose, and poetics in the MFA program at Notre Dame; please apply!

All content at Gaga Stigmata is copyrighted. It may not be reproduced without permission from the editors. All rights reserved.

Kate Durbin is a Los Angeles-based writer, artist, and founding editor of Gaga Stigmata. She is the author of the books The Ravenous Audience, E! Entertainment, Kim's Fairytale Wedding, and, with Amaranth Borsuk, ABRA. Visit her website.

holds a Ph.D. in Comparative Literature.

For press and all other inquiries, email the editors at gagajournal@gmail.com.

SHE ATE OUR BRAINS

Do you want to be an affiliate of Gaga Stigmata? Contact us at gagajournal@gmail.com